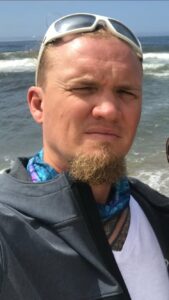 When NBC5 arrived at the scene, the road was closed off from 15000 block with SWAT investigating the scene of the crime. Paramedics were were also waiting for the SWAT to clear the scene.

The suspect is reportedly still at large. Deputies say Miller is considered armed and dangerous. Neighbors report that a man on a motorcycle sped away after the gunshots were fired. Investigators say Miller could be running ‘on foot’ or using a Polaris ATV. If you see him, they say call 911 and do not approach.