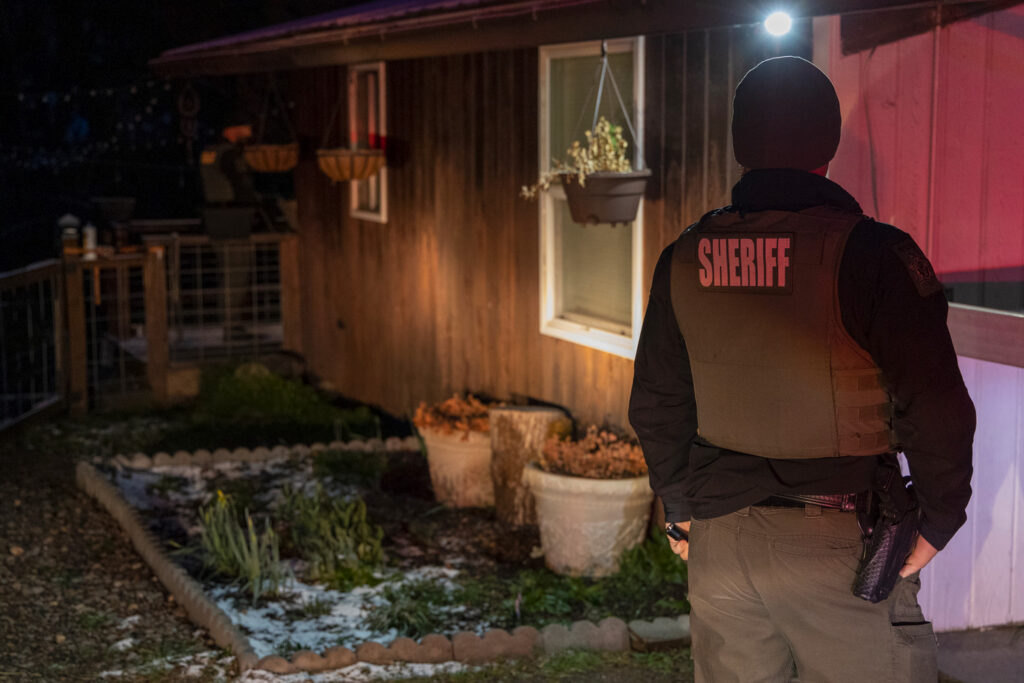 For the last few months, the Southern Oregon Child Exploitation Team (SOCET) has been diligently following up on numerous tips from the National Center for Missing and Exploited Children.

In the latest case, SOCET searched a home in the 1600 block of Anderson Creek Road in Talent.

Police said they found evidence that indicates images of child exploitation were uploaded from the home.

Digital devices were seized and will be forensically examined by the Southern Oregon High Crimes Task Force.

One of the people who was possibly involved was pulled over as they were driving away from the home.

JCSO didn’t say if any arrests were made.

No further details were provided.