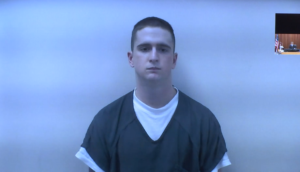 MEDFORD, Ore — The trial date for the man accused of manufacturing and setting off several bombs has been scheduled for next month.

23 year old Brian Lighthill plead not guilty to more than a dozen bomb related charges from his arrest in March. While serving a warrant, Oregon State Police found multiple explosive devices in the garage.

During his pre-trial conference hearing Monday, the Judge set May 19th-20th for Lighthill’s trial. He will be in court again before trial on May 13th.

RELATED: Medford man pleads not guilty to over a dozens bomb-related charges