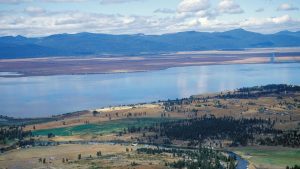 The Bureau of Reclamation in the Klamath Project last week said the ‘A Canal’ will deliver no more water, affecting thousands of people and their livelihood.

“This trend means we will become more and more dependent on foreign countries to sell us food. Everyone agrees in principle we should grow food here at home. The pandemic, and more recently, the shipping crisis has shown us the global supply chain is not always dependable,” said Rep. Bentz.

The representatives say a bulk of the aid money would assist farmers through the USDA.

$5,000,000 in food aid would specifically go towards the tribes and tribal government.