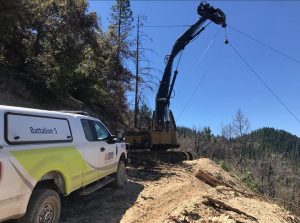 Rural Metro Fire said on the morning of July 13, first responders were dispatched to a logging accident high in the mountains above West Pickett Creek Road.

Firefighters said a choker setter was pinned under a log about 250 yards below a flat work area. When first responders arrived, they found the logger dead.

In coordination with the logging company, Rural Metro Fire crews recovered the logger’s body after a five-hour operation.

The logger was later identified as Cody Anderson, according to the Josephine County Sheriff’s Office.

Firefighters provided no further information about the incident.