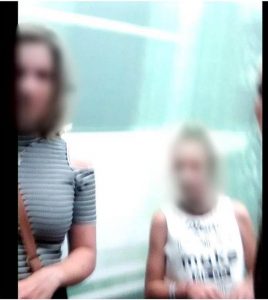 Police said the two females were waiting to use the dressing room when the recording device was discovered.

Detectives have intentionally blurred photos of the witnesses due to the sensitive nature of the case. One of the witnesses was wearing a white tank to style shirt with “Please don’t make me do it.” written on the front.

Grants Pass, Ore. — A homeless man is behind bars after police say he tried to video record people changing in a dressing room. 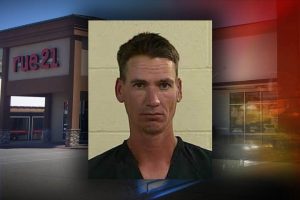 The Grants Pass Department of Public Safety said officers responded to the report at a rue21 store in the Grants Pass Shopping Center about 2:00 Tuesday afternoon.

Officers said an employee found a recording device that had been disguised as a sign in one of the store’s dressing rooms.

Officers later found the man suspected of putting the device in the dressing room. 42-year-old Curtis Fleming was arrested and faces a charge of attempted invasion of personal privacy. Fleming is a registered sex offender on probation out of Jackson County.

Police said the device is being examined to determine if this was an isolated incident.