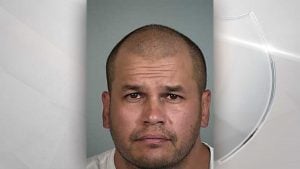 HORNBROOK, Calif. – A man from San Francisco was arrested for allegedly causing a fire that devastated the community of Hornbrook, California and surrounding areas.

The fire destroyed 35 homes, 48 structures and damaged 12 more. One person living in Hornbrook died, and three firefighters were injured.

“CAL FIRE law enforcement officers work diligently to investigate all fires and prosecute those suspected of starting fires,” CAL FIRE’s Siskiyou Unit said. “As fire danger remains high across California, wildfires continue to pose a major threat to life, property and our state’s natural resources. CAL FIRE urges the public to be vigilant in their preparedness and aware of suspicious activity.”

Skoda received numerous charges in connection with the fire, including involuntary manslaughter, arson, burning without a permit and failing to prevent the spread of a fire. He was arraigned on the charges Thursday afternoon. According to the Siskiyou Daily News, Skoda was released on his own recognizance following that appearance. He’s scheduled to be back in court next month.