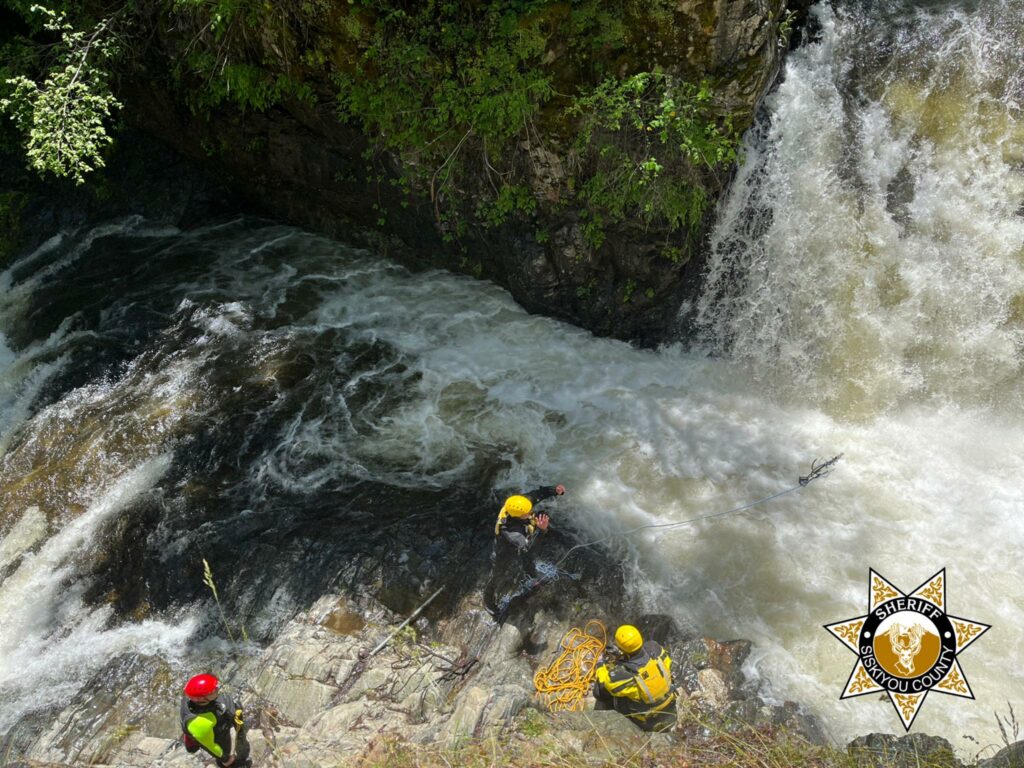 SCOTT VALLEY, Calif. – A man died after he was swept under a waterfall in Northern California.

On Saturday afternoon, a woman called 911 and said her husband, 47-year-old Robert Lewis of Montague, had gone into the water at Shackleford Falls to rescue two of the family’s dogs.

Lewis’ wife said she watched her husband get swept underwater by the strong current and didn’t see him resurface.

Search and rescue crews responded to the area, but they weren’t able to find Lewis before nightfall.

The next day, a water search canine was brought to the falls and signaled to the area where Lewis was believed to have drowned.

The Siskiyou County Sheriff’s Office said at about 1:50 p.m. Sunday, Lewis’ body was found underwater and recovered by a dive team.