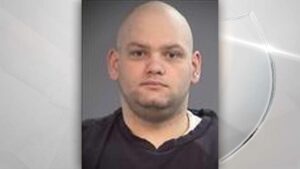 MEDFORD, Ore. – A man will spend the next 16 years behind bars for rape charges.

The Jackson County District Attorney’s Office said in late May of 2019, Matthew McVeigh was indicted for rape, sodomy, and sexual abuse in connection with incidents that happened in April and May of 2019. He reportedly had access to his victim through familial ties.

On June 4, 2021, it was announced McVeigh pleaded guilty to one count of rape and one count of sodomy. The remaining sexual abuse charge was dismissed.

McVeigh was sentenced to 200 months in the Oregon Department of Corrections with 20 years of post-prison supervision. He will be required to register as a sex offender for the rest of his life.

The case was investigated by the Central Point Police Department.