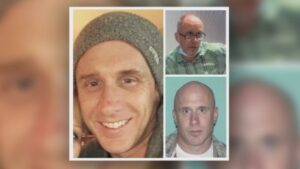 Authorities said Lannon, 47, was on the run after being linked to a quadruple homicide in New Mexico and the killing of a 66-year-old man in East Greenwich, in Gloucester County, New Jersey.

Police in New Mexico said the four victims in the New Mexico quadruple homicide were found in a vehicle at a parking garage near the Albuquerque International Sunport.

One of the victims found in the vehicle was Lannon’s ex-wife and mother of his three children. The three children were not in Lannon’s custody and are safe, prosecutors said.