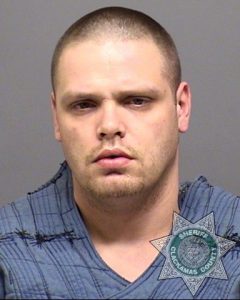 Oregon City, Ore. — A Canby man convicted of aggravated murder in the death of a Grants Pass man is sentenced to life in prison.

The Oregonian reports 29-year-old Michael Orren was found guilty in March of killing Edward Spangler in February of 2014 after an alleged drug deal gone bad.

Orren was sentenced in February of last year to seven-year and six-months in prison for robbery in the same case.

Now Orren will serve a minimum 30 years in prison before he’s eligible for parole.