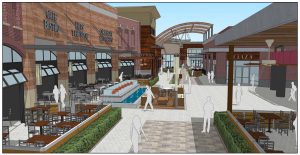 Medford, Ore. – A renovation plan will add over 30,000 square-feet to the Medford Center for restaurants, brewery operators, and a wine bar.

LBG Real Estate Companies announced the finalized plans will add the retail and restaurant space for a variety of culinary offerings including brewery and wine-based concepts, complimented by the Cinemark Tinseltown Theater.

“While other larger markets in Oregon such as Portland, Bend and Eugene boast multiple well-known larger breweries and/or brew pubs, southern Oregon in general, and Medford in particular, appear to be dramatically underserved,” said David Goldman, Managing Partner of LBG Real Estate . “LBG is excited about potentially partnering with an established brewery to open a flagship facility as a cornerstone of this iconic redevelopment.” 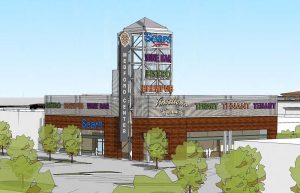 LBG said the central promenade at the Medford Center has been re-branded as “The Village at Medford Center”. The redevelopment plans include a tower and signage that will be visible from the freeway.

According to LBG, construction is expected to begin in late August.