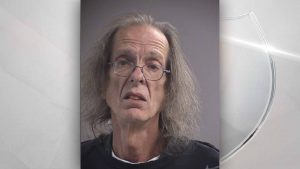 Eventually, detectives traced the images to a computer in the 900 block of Mt. Pitt Street in Medford. A search of the home occurred on November 6.

Police said during the search, they found the suspect, 59-year-old Timothy Jay Hanson, at the home in question along with evidence of child pornography.

Hanson was lodged in the Jackson County Jail on numerous counts of encouraging child sex abuse.