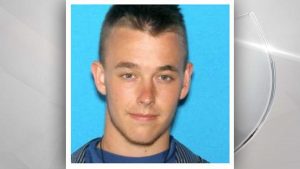 SISKIYOU COUNTY, Calif. – A registered sex offender from Medford was arrested after he allegedly burglarized a home in northern California.

The Siskiyou County Sheriff’s Office said on August 16, a resident in the Big Springs area called to report a burglary.

After an investigation, deputies said they believe 27-year-old Steven Workman entered the home while the resident was still inside. He remained undetected until the resident left. Workman admitted to burglarizing the home to eat some food, watch TV and take a shower. A .22 caliber rifle was also moved around the home with a note indicating Workman may harm himself.

According to SCSO, Workman was found near the residence walking with no shoes, wearing clothes reportedly stolen from the home. Deputies said Workman told them he consumed “laced weed” prior to the burglary. Workman, identified as a registered sex offender with an extensive criminal history, was arrested and lodged in the Siskiyou County Jail in Yreka.