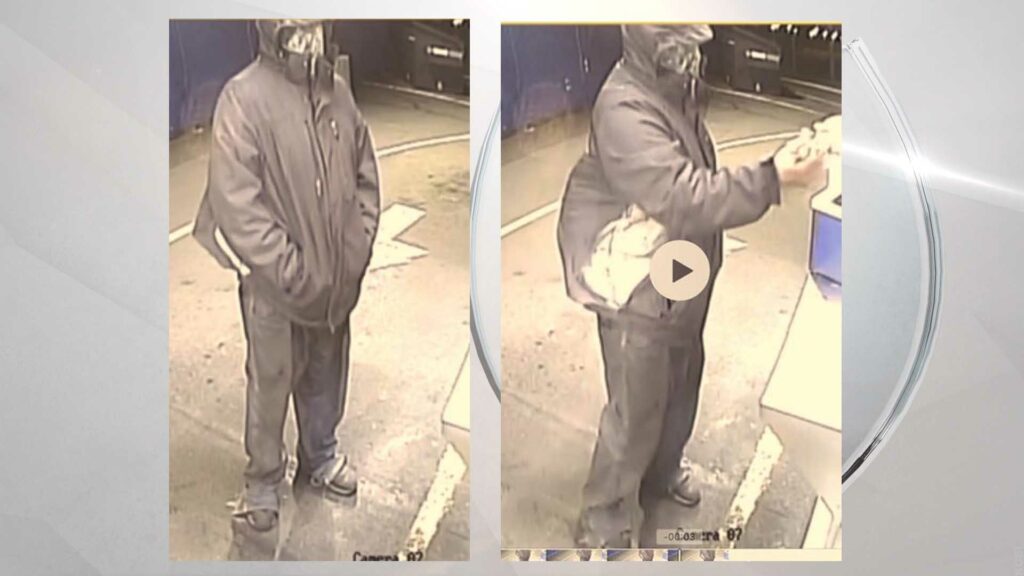 MEDFORD, Ore. – Police are trying to identify a person who robbed a Dutch Bros Coffee stand in Medford.

At about 9:15 Sunday night, someone approached the Dutch Bros on South Riverside Avenue saying they had a gun. The person fled northbound on Central Avenue with an undisclosed amount of cash.

Medford police described the person as a short, heavy-set white man wearing baggy pants that stretched below his shoes. He had a dark-colored jacket with a large tear on the right side. He was also reportedly wearing a gray and green mask.

Anyone with further information about this case should call Medford police.