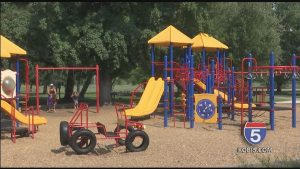 MEDFORD, Ore. — A new ranking from 24/7 Wall Street is getting a lot of attention locally, especially after appearing on USA Today’s website.

24/7 Wall Street used a number of different statistics to rank the twenty five worst areas to raise children in. Medford came in at number three.

The report was based off of early education and high school graduation rates, as well as health and violent crime rates.

According to the report, one out of every four students who attend high school in Medford don’t graduate on time. Less than 35 percent of preschool aged children are not enrolled in school.

The report also shows that even though Medford’s violent crime rate is less the national average, it’s among the cities most prone to theft.

The article states that children who are raised in cities with high crime rates, low graduation rates and low preschools rates are more likely to struggle later in life.

Nine of the 25 worst places to raise kids are located in the West and 14 of them are in the south.

The only other city that made the list in Oregon is Albany, coming in at 25th.