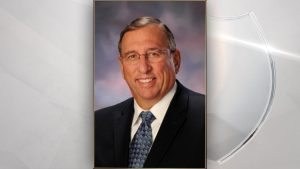 On Monday, July 2nd, a Memorial Mass will be held at Shepherd of the Valley Catholic Church, Central Point at 10:30 a.m..

Following the Mass, at 1 p.m., there will be an honor guard and interment ceremony held at Eagle Point National Cemetery. A reception will follow at 2:30 p.m. at Eagle Creek Estate.