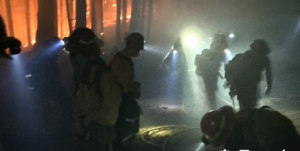 As of the evening of July 30, the fire had grown to an estimated 12,336 acres in an area where firefighters are dealing with falling trees, rolling rocks, and wind. Tuesday they gained ground on the fire, succeeding in 25% containment. Officials even reported mop up operations taking place in many spots. 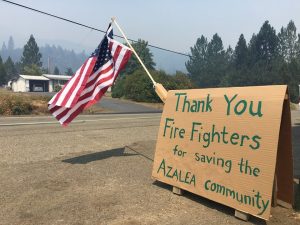 Monday evening, crews gained ground on the Milepost 97 Fire due to favorable weather conditions. They said nine firefighters have been injured. Some 586 structures remained threatened. Going into the evening, evacuations levels remained the same. More than 1,300 personnel are working to stop the flames.

The Douglas County Sheriff’s Office issued Level 1 “Be Ready” and Level 2 “Be Set” evacuation notices to several homes located south of the fire. Three homes were under Level 3 “Go” evacuation notices, but they have been downgraded to Level 2. You can view the interactive map of the affected areas HERE: https://bit.ly/2Zi5Os4