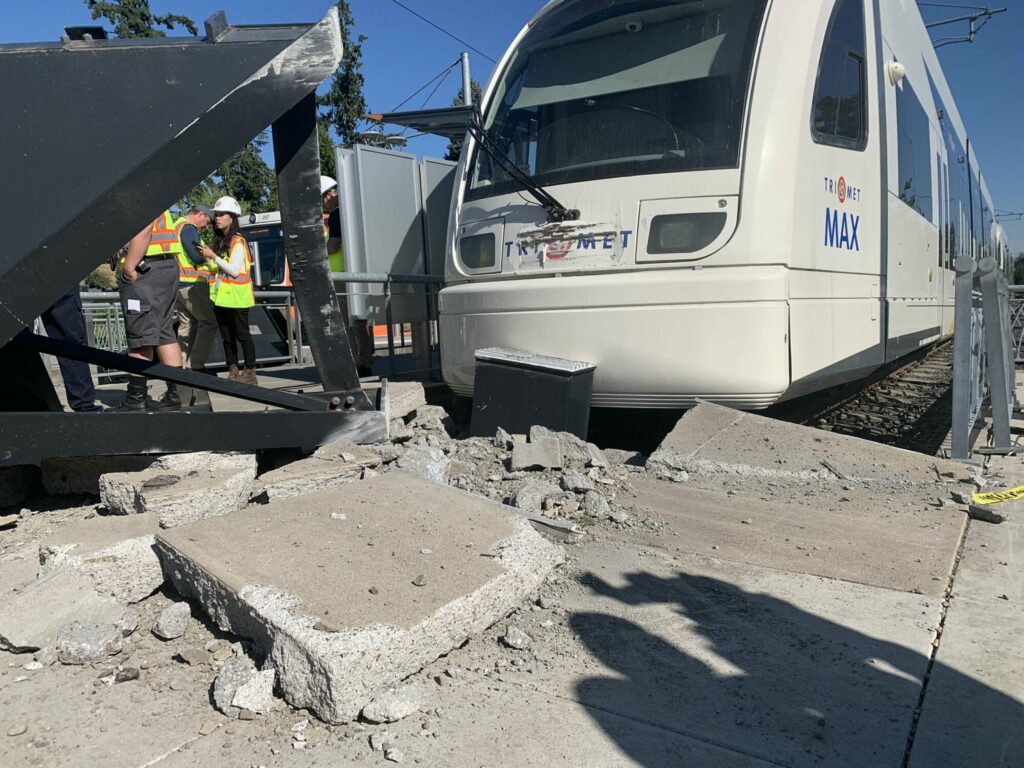 MILWAUKIE, Ore. — A train operator was taken to the hospital and two passengers were injured when a TriMet MAX train failed to stop and crashed into a concrete barrier at the end of the Southeast Park Avenue station in Milwaukie on Friday morning.

TriMet said the operator of the train was taken to the hospital and two passengers on the train were evaluated at the scene for minor injuries.

According to a news release from Clackamas Fire, one of the passengers on the train said he slept through the crash.

The station where the crash happened is located in the area of Southeast Park Avenue, between McLoughlin Boulevard and 27th Avenue, in Milwaukie.