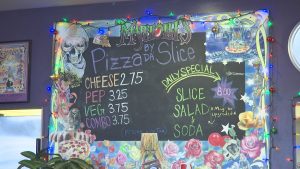 Ashland, Ore.– Starting July 1st, minimum wage will be going up to $10.75 in Jackson and Josephine counties and $10.50 in Klamath County.

Opinion on how the rate hike will affect local businesses ranges. Some in the food service industry say it’s a benefit.

“I think it’s important to treat the food service people very well just even from the customers perspective,” said Amora McConnell, manager for Martolli’s Hand Tossed Pizza. “Its nice to have the government involvement.”

But there is concern from some local business owners. Several NBC-5 spoke to said that the hike in wages could lead them to pass those costs on to the consumer through changes to their menu pricing.