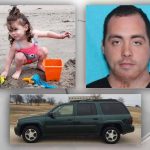 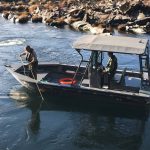 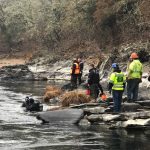 ROSEBURG, Ore. – A missing man and his young daughter were found dead in the Umpqua River.

Sean and Madison Moss were reported missing in mid-August. Family members said they were on their way to the Douglas County Fair.

The Douglas County Sheriff’s Office said just before noon on November 13, a deputy who was searching for the missing father and daughter found pieces of a vehicle that indicated there may have been a crash at the riverbank along Garden Valley Road near Crow Rapids.

A dive team was called to the scene and they found a vehicle submerged 12 feet below the river’s surface.

The next day, the vehicle was recovered and pulled to shore. It was identified as the 2002 Chevy Trailblazer that was owned by Sean Moss.

Deputies said inside the vehicle, they found the body of Sean and 2-year-old Madison.