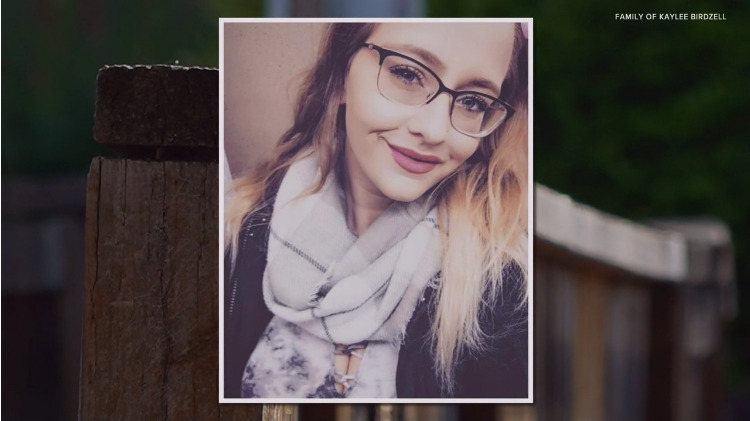 HILLSBORO, Ore. (KGW) — The body of a woman who was reported missing last week has been found at a landfill north of Corvallis, according to the Washington County Sheriff’s Office. A man she had been seeing has now been charged with her murder.

According to the sheriff’s office, the family of 27-year-old Kaylee Birdzell made a missing person report last Friday. Over the weekend, deputies somehow learned that Birdzell had been murdered and her body dumped into the garbage at an Aloha apartment complex.

“Detectives with the Violent Crimes Unit responded, and the investigation led them to believe Birdzell had been killed,” the agency said.

Working with waste management crews, detectives searched the garbage from the apartment building, which by then had ended up at the Coffin Butte Landfill in Benton County.

“It is a large facility. There was a couple of semi trucks full of the garbage and they were able to get investigators out there, and they just took the tedious task of going through the garbage bit by bit and doing everything they could to help solve this case,” said Sgt. Danny DiPietro with WCSO.

During the search, detectives found Birdzell’s body. They had her remains taken to the Oregon State Medical Examiner in Clackamas. An autopsy was done on Wednesday, confirming that it was Birdzell and that her death had been a homicide.

While detectives were still investigating Birdzell’s disappearance, a man named Fabian Albert Hernandez, 31, was arrested on unrelated charges of identity theft and fraudulent use of a credit card, according to the sheriff’s office.

RELATED: Body of woman missing in Happy Valley found near where she was last seen

Hernandez had reportedly been in a relationship with Birdzell. Detectives spoke with him on Sunday, the same day that they came to believe that Birdzell had been killed and her body dumped in the apartment building garbage.

On Wednesday, Hernandez was charged with second-degree murder and abuse of a corpse. The sheriff’s office said that more charges will likely be added as the investigation continues.

“Ms. Birdzell was already deceased from everything that we know, so disposing of her body in a garbage can is another charge — and that is abuse of a corpse,” explained DiPietro.

Detectives said that they would like to speak with anyone with information about Hernandez or Birdzell’s recent activities or any further details about her death. Call the sheriff’s office 24/7 at 503-846-2700 with any tips.