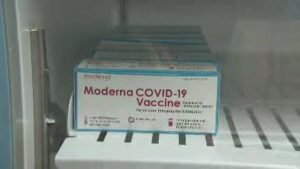 Researchers looked at samples from 33 people that were taken six months after they had received both doses during the Phase 1 trial.

They found antibody activity remained high in all age groups. Although the levels were lower in those ages 56 and older.

The scientists say there are ongoing studies to monitor the immune response beyond six months as well as to determine the effect of a booster shot that could extend the antibody response and protect against emerging variants.