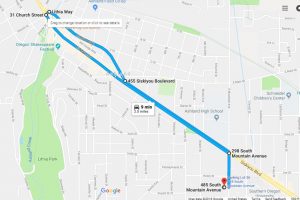 On March 2, APD Officer Malcus Williams was on the scene of a domestic violence call when he suffered a medical event. Despite life-saving efforts, Officer Williams died at a Providence hospital later that night.

A memorial service will be held on Saturday, March 17 at Ashland High School, 201 South Mountain Avenue. The public is invited to attend at 11:00 a.m.

Before the service, a motorcade procession involving family and emergency responders will begin at 9:30 a.m. APD expects over 100 public safety vehicles will be involved. The public cannot ride in the procession, but they’re encouraged to show support by lining the streets along the route.