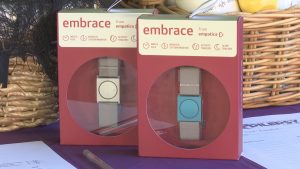 A local organization is using a creative event to raise money and awareness for their cause.

The Southern Oregon Epilepsy Group held their second annual motorcycle scavenger hunt this morning. The scavenger hunt crossed various areas from Central Point to Jacksonville as each clue made a point to highlight the importance of awareness of epilepsy.

Organizers say people who suffer from the disorder are more likely to stay home for fear of having an attack in public. They say this event is aimed at helping the public learn how they can help.

“That’s part of our job as well. To raise awareness, to educate people,” said Amy Mathis, founder of Southern Oregon Epilepsy Group. “So if they see somebody having a seizure, they know how to interact with that person. They know how to keep that person safe.”

A raffle and auction were also held to raise funds for epilepsy charity organizations that provide research and medical technology.