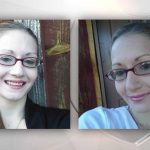 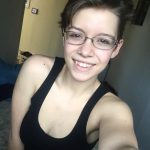 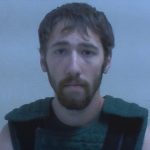 MEDFORD, Ore. – A man already accused of murdering Destiny Finch has been formally charged in connection with the 2016 disappearance of Shady Cove mom Malina Nickel.

Investigators said Wayman and Finch were involved in an argument on November 11, 2019. Later that day, Finch went missing. When law enforcement officers arrived at their home on Brophy Way in Shady Cove, they found evidence of an assault and activated their Major Assault and Death Investigation Unit.

The next morning, Wayman was found walking along the highway north of Shady Cove, where he was taken into custody. Later that day, Finch’s remains were found in a wooded area near Highway 227 in Douglas County just north of the border with Jackson County.

Wayman was lodged in the Jackson County Jail and charged with murder and abuse of a corpse.

It was determined Finch died from blundt-force trauma.

Wayman also happens to be the nephew of missing Shady Cove woman Malina Nickel. She was last seen just before Thanksgiving Day in 2016. That same day, a witness reported seeing a male ditching Nickel’s car near the Trail post office.

The Trail post office is adjacent to Highway 227, roughly ten miles from the location where Finch’s remains were found.

On November 15, 2019, the Jackson County District Attorney’s Office announced a major development regarding the Nickel case and Wayman.

On November 20, the Jackson County District Attorney’s Office announced Wayman was indicted by a grand jury for two counts of criminal mistreatment and one count of abuse of a corpse in the Nickel case.