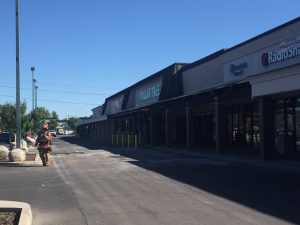 According to Medford Police, the incident occurred around 9:00 Wednesday morning. A semi-truck hit the line, which caused it to vent.

As of 9:43 in the morning, police say the line was still venting. The entire east side of the complex was evacuated as a precaution, and officers suggested the public avoid the area until the situation is resolved.