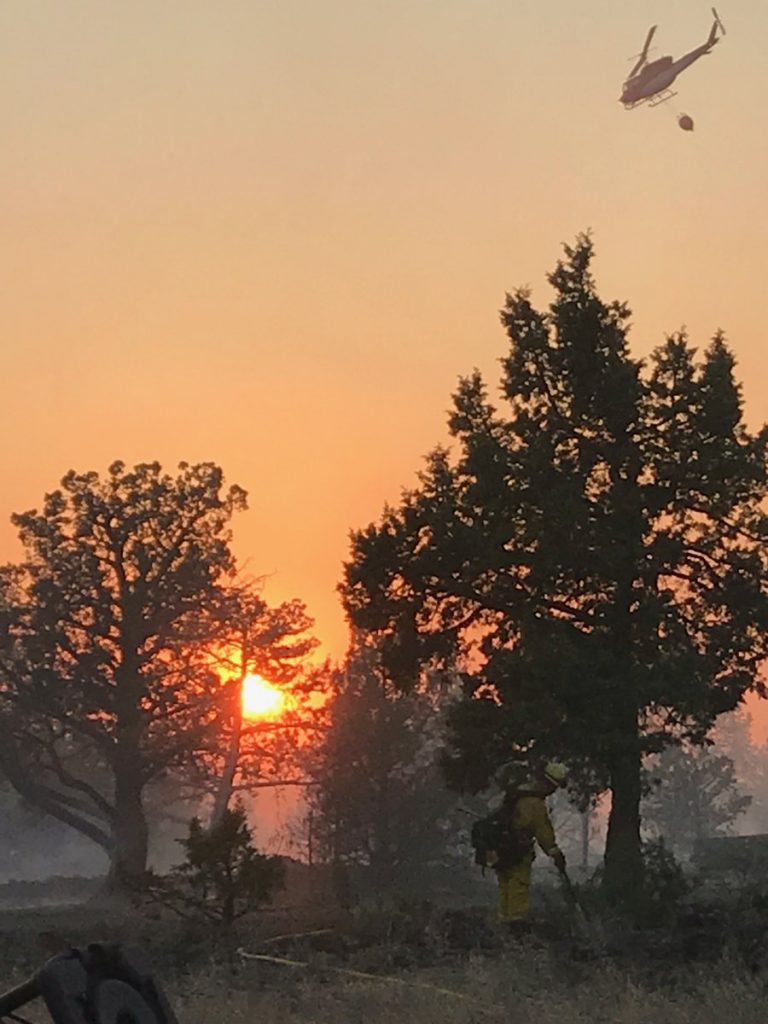 SISKIYOU CO., Calif. — Firefighters in Northern California are battling multiple fires in Siskiyou County. On Tuesday night, the Lott fire sparked 15 miles north of Weed. According to CAL FIRE, it started near the intersection of Lott road and Bunny lane.

At last update it was at least 10 acres large and five-percent contained. An evacuation order was in place for all residences of Lott road south to highway A12. It has since been lifted.

It has burned 224 acres at this point. The Shasta Valley Wildlife area is closed due to the fire; no word when it will re-open.