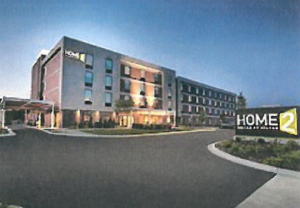 MEDFORD, Ore. – A new hotel project is in the works near the Rogue Valley International-Medford Airport.

Airport administrators said they recently finalized negotiations with developers to build a hotel on airport property within walking distance from the terminal.

The developers have reportedly applied for a Home2 Suites brand hotel by Hilton.

Airport Director Jerry Brienza said the opportunity is ripe for further development activity with the potential of creating a new hub for commerce that could attract a range of businesses like restaurant chains, boutiques, and entertainment.

According to the lease agreement, the developers will have three years to complete a substantial amount of the construction work on the hotel, which could hold more than 188 rooms.