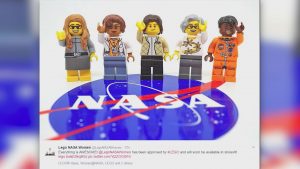 (CNN Newsource) — Five women scientists will be immortalized as the newest Lego figures.

The company unveiled its “women of NASA” set this week. It features women who played vital roles in the U.S. Space program.

The idea came from fans who proposed concepts for new sets through the Lego ideas series.

Also included are Margaret Hamilton and Katherine Johnson, whose work helped put the first people on the moon.

Lego is still working on the final design and price for the “Women of NASA” set.

It is set to be released late this year or early in 2018.