Supreme Court says ‘I do’ to same sex marriage 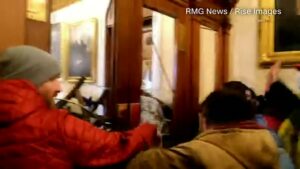 The U.S. Capitol Police Department made the announcement Monday.

Babbitt was one of many pro-Trump attackers that over-ran the Capitol that day.

She was shot while trying to lead the mob through a broken window into the speaker’s lobby.

U.S. Capitol police said in a statement that the officer who shot Babbitt was following department policy.

According to that policy, an officer can use deadly force to protect human life, including their own, or to protect any person in immediate danger of serious physical injury.

The department will not name the officer, out of concern for the officer’s safety.

The Justice Department said months ago that federal prosecutors wouldn’t pursue charges against the officer.