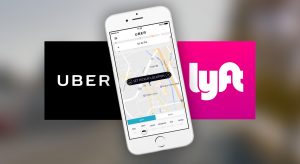 Medford, Ore. – The Medford City Council will be discussing changes to the city’s municipal code to allow for Uber and Lyft service.

The draft proposal would change the city’s current taxi ordinance to better fit the requirements of Uber and Lyft.

According to McConnell, Medford will have to do away with city-conducted background checks for taxi, limousine and transportation network drivers.

Instead, the individual companies will be responsible for the background checks, an idea McConnell said Medford Police find favorable.

He wrote in a memorandum, “According to MPD, they spend an inordinate amount of time conducting background checks on taxi drivers, and are concerned about the potential glut of new applications that will come if the ordinance is adopted.”

McConnell added due to state law, MPD is unable to conduct a background check as comprehensive as some third-party companies.

Any drivers with a felony conviction involving physical harm or attempted harm to a person will be prohibited from operating within the city.

Drivers with any kind of felony conviction withing the last ten years will also be prohibited. Registered sex offenders will not be licensed.

Proposed code requires vehicles for hire to be “clean, of good appearance, properly equipped, and in a safe condition for passengers.”

In addition, drivers cannot be hailed by anyone on the street. Rides need to be arranged through an app.

In order to operate in Medford, transportation network drivers will need to pay the city $500 annually, double that of a taxi or limousine operator license.

According to the draft proposal, drivers are required to obtain a business license and regulatory license, so-called “T-cards” will no longer be necessary.

Another big difference between the city’s current taxi ordinance and the proposed ordinance is insurance.

In a new requirement, taxi, limo and transportation network drivers will be required to have “substantial” commercial liability insurance as well as increased auto insurance.

NBC5 News will follow-up to this story after the Medford City Council meets to discuss the proposal.