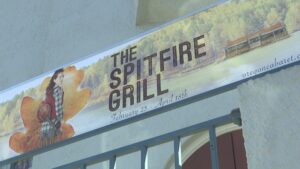 ASHLAND, Ore. – The Oregon Cabaret Theatre in Ashland announced it’s putting on its first performance Friday, February 26, 2021. This is the first live show the theatre’s done since last summer. The show is called The Spitfire Grill. It was supposed to be performed last year until COVID-19 hit.

While the theatre can only be open at 25% capacity they say it’s better than nothing.

The Spitfire Grill is performing this weekend until April depending on COVID-19 restrictions allowing it of course.

Tickets are already on sale and quickly selling.