Police said the victim’s DeLorean DMC-12 was taken by force. A short time later, the car was spotted and a pursuit ensued.  The suspect eventually crashed into another car. Officers were able to pin the vehicle in and take the man into custody. He had minor injuries and was taken to a local hospital for treatment.

Officers identified the suspect as Brian Scott Cotrill from Oregon. He was jailed on charges of carjacking, reckless evading of police and an outstanding traffic warrant. 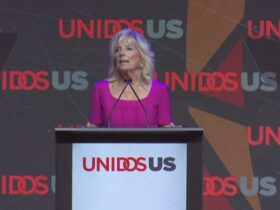