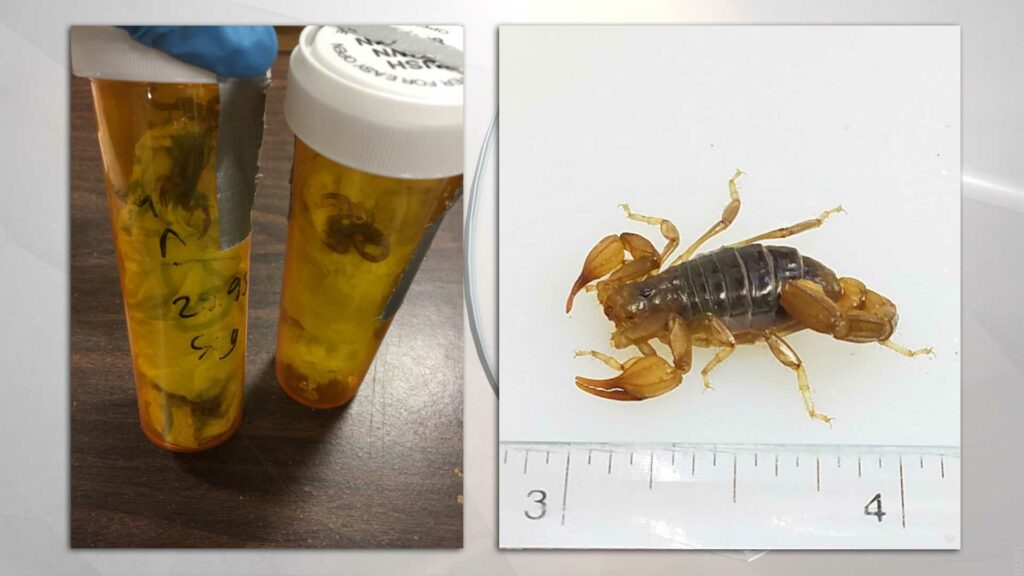 MEDFORD, Ore. – A man who formerly lived in Southern Oregon was sentenced for illegally importing and exporting live scorpions.

According to the Department of Justice, Darren Dennis Drake shipped dozens of scorpions to and from Germany without a license between late 2017 and early 2018.

He also reportedly sent or received hundreds of live scorpions to and from other US states in violation of federal mailing laws.

At one point, US Customs and Border Protection found a package containing scorpions that Drake falsely labeled as “chocolates.”

On February 23, 2022, Drake was formally charged with conspiracy to violate the Lacey Act.

This Wednesday, Drake was sentenced to two years of probation, 250 hours of community service, and a $5,000 fine.