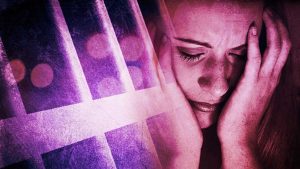 Salem, Ore. – The Oregon Senate has unanimously passed a bill that would reduce penalties for individuals who break the law while being pressured, coerced or threatened by a domestically violent partner.

House Bill 3176-A has already passed through the Oregon House with a unanimous vote. The bill now heads to Governor Kate Brown’s desk for final approval.

The bill is meant to address “intimate terrorism”, which includes physical and emotional abuse which could lead people, specifically victimized women, to commit crimes they otherwise would not.

HB 3176-A allows the court to reduce penalties for a defendant who committed a crime while under “duress, compulsion, direction or pressure” from someone who is domestically violent or has committed acts of abuse as a family or household member of the defendant.

Senator Kim Thatcher (R-Keizer) carried the bill in the Senate. She said, “”My heart broke when I heard these horrific stories, where women who were not criminals, who had no criminal history, were subjected to violence and abuse, even sex trafficking, and then forced to break the law. Criminal justice reform is a bipartisan issue, and House Bill 3176 is a bipartisan, bicameral approach to help fix our state’s laws. It truly sorts the victims from the criminals.”