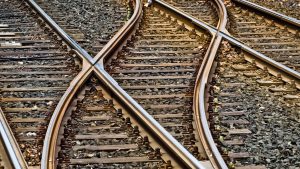 MEDFORD, Ore. — Volunteers at the Medford Railroad Park say over $1,000 worth of items were stolen out of a shed Monday night. Volunteers say the situation is unusual.

After creating a small hole in the building, the thieves appeared to try and cover their tracks by covering it back up with insulation and re-screwing the roof back on where it was lifted. That didn’t fool volunteers who say 25 bags of cans, a car battery and two train engines worth $500 each are now missing.

“They took $175 worth of cans. With the park being closed this later year and probably until the middle of next summer, it was an important  source of our income. It’s enough to pay our electric bill for 2 or 3 months,” said park volunteer Bill Meyer.

Meyer said the park has been having problems with the greenway camp site on the other side of their fence. This isn’t the first big theft at the park.

A volunteer says over $3,000 worth of wood for railroad ties was also recently stolen. The police were called and are investigating.