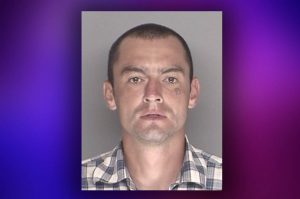 Santa Barbara, Calif. — Jesse Allen Lane, a person of interest in the death of Apache Rose Hightower, appeared in court Friday. Lane was arrested in Santa Barbara on Thursday.

Friday’s hearing outlined extradition plans. According to the Columbia County District Attorney’s Office, Lane will be taken to Coffee Creek Correctional Facility, then law enforcement will decide where he will go from there — either Columbia County for questioning in the Hightower case, or here in Jackson County to deal with ongoing cases.

Apache Rose Hightower grew up in Medford. Her body was found last week in a rural area outside Portland.