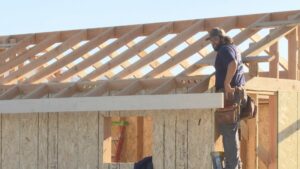 TALENT, Ore. — The Phoenix-Talent School District is waiving the Construction Excise Tax for people who are trying to rebuild after the Almeda fire. The tax, which has been around since 2013, charges people who are building new construction in the town. That money then goes to the district for different funding projects.

In the last 8 years, the tax has raised $1.8 million for the school district.

Superintendent Brent Barry says they’re trying to do everything they can to lessen the financial burden on families who are trying to rebuild.

“For the families that are rebuilding or want to rebuild and hopefully they do, we want to remove a barrier that could be in place of a few thousand dollars to replace a home that burned in the fire,” Superintendent Barry said.

The removal of the tax is only for people who can prove they lost property in the Almeda Fire, in addition, are building the exact same square footage as the previous property.

The tax will be imposed on any reconstruction that is greater than the previous square footage or has add ons that the original property did not have.