On May 1, officials with the Peninsula Humane Society and animal rescue and control officers responded to a report of kittens trapped inside the axle support arm of a boom lift in Redwood City. 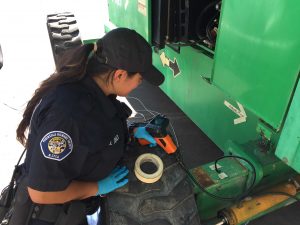 The kittens couldn’t be seen, but they could be heard crying for help.

Following masking-tape arrows with marked “Kittens?” rescuers used a portable inspection camera to track down exactly where the kittens were inside the lift. 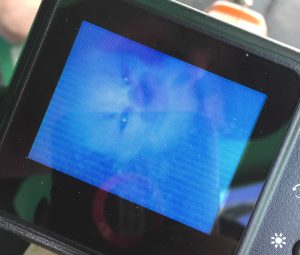 They were able to spot three baby cats inside the equipment.

Using a modified bird net, they were able to save the three kittens that were dehydrated but otherwise in good condition. 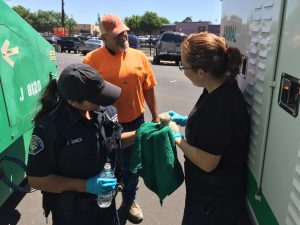 Veterinary staff said it appears the kittens had been trapped in the boom lift for a few days.

The kittens were named John, Wendy and Peter. They will be available for adoption in Burlingame once they reach two pounds. 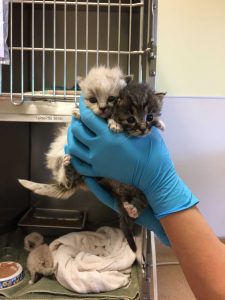