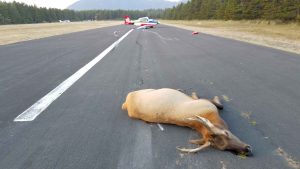 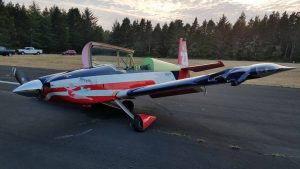 Nehalem, Ore. – A small plane collided with two elk while the pilot was attempting to land at an Oregon airstrip.

According to OSP, Rudberg fully touched down on the airstrip and was slowing down when an elk ran in front of the plane.

To avoid hitting the elk, Rudberg tried to speed up and take to the air in order to fly over the animal.

However, the plane’s landing gear struck the elk and killed it.

Police said another elk then ran in front of the plane and was killed after being hit by the left wing.

That collision spun the plane around before it came to a stop on the airstrip.

Rudberg and his passenger were uninjured.

Oregon Department of Fish and Wildlife officials were able to salvage a large amount of elk meat following the collisions.