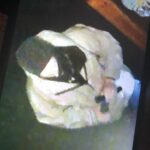 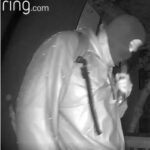 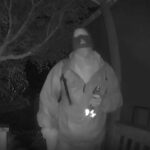 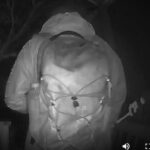 Early Sunday morning, deputies responded to a report of arson. They found an unknown man poured gasoline on the door of a home and set it on fire before leaving.

A camera at the residence captured video, the best image of the suspect police say they’ve gotten. This is the most recent of four similar incidents, according to the Sheriff’s office.

The first was when a man poured gas at the entrance to Seaport RV- park and set it on fire . The next incident happened on May 21st on Cape Arago Highway, where cameras caught a video of a man, carrying a gas can

On June 5th on the same highway, the homeowners motion sensor went off and she found her door on fire.

Police say they now need the publics help catching the suspected arsonist… Before someone gets hurt.

“Arsons are really hard to investigate and arsonists are difficult to capture so one of the biggest tools we have is public outreach, if the public can assist us in identifying him,” Captian Gabriel Fabrizio with Coos County Sheriff’s Office said.

In each instance, police arrived on scene within minutes and were not able to find the suspect. Police say the incidents typically happen early on Fridays or Saturdays, about once a week.

If you have any information or see any suspicious activity, you’re encouraged to call the Coos County Sheriff’s Office at 541-396-2106.