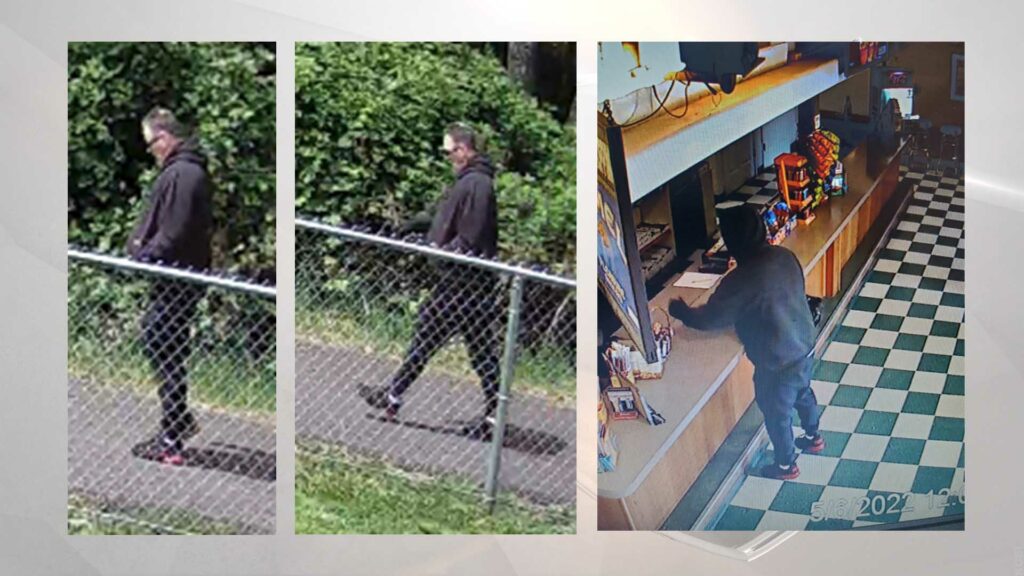 GRANTS PASS, Ore. – Police in Grants Pass are trying to track down a man who reportedly committed an armed robbery.

Police said at about 12:19 p.m. on May 6, a man wearing dark clothing entered O’Aces on Williams Highway and pointed a handgun at a clerk. The man fired a single shot, which didn’t hit anyone.

The suspect then stole some cash and fled on foot in a westward direction.

There were no injuries during the robbery.

Eventually, it was determined the suspect fled the area. After that, the school lockout was lifted.

GPPD is asking for video footage of the suspect from anyone living in the area west of the intersection of New Hope Road and Williams Highway.