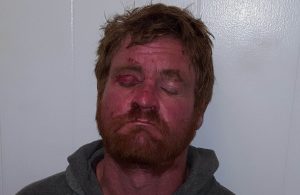 They say they arrested this man after he assaulted someone with a knife at the town’s Burger King Thursday morning. They say he was uncooperative and refused to give his name.