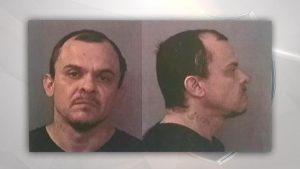 YREKA, Calif. – Police in northern California are looking for a suspect wanted in connection with a Dunsmuir homicide.

The Siskiyou County Sheriff’s Office said on the afternoon of April 21, a woman in the 6400 block of Dunsmuir Avenue in Dunsmuir reported her son’s actions were making her concerned for her personal safety.

When SCSO arrived at the scene they were unable to find the subject of the call, 43-year-old Mike Hernandez III.

Deputies conducted a check of the home to make sure everyone was okay. That’s when 66-year-old Kenneth Ray Jones was found dead in his room, the possible victim of a homicide. Jones’ Chevrolet Astro van was found to be missing.

Hernandez was identified as a person of interest in the case and all regional law enforcement agencies were instructed to be on the lookout for the man.

Shortly after the notification went out, the Yreka Police Department found the stolen van at about 10:30 p.m. A search effort around the vicinity of Moon Lit Oaks Drive and South Main Street failed to locate Hernandez.

As of Sunday afternoon, police were still searching for Hernandez. He’s described as 5’9” tall, weighing 195 pounds with short black hair and brown eyes.

SCSO said Hernandez may be armed and dangerous. He should not be approached or contacted. If you see Hernandez, call 911.