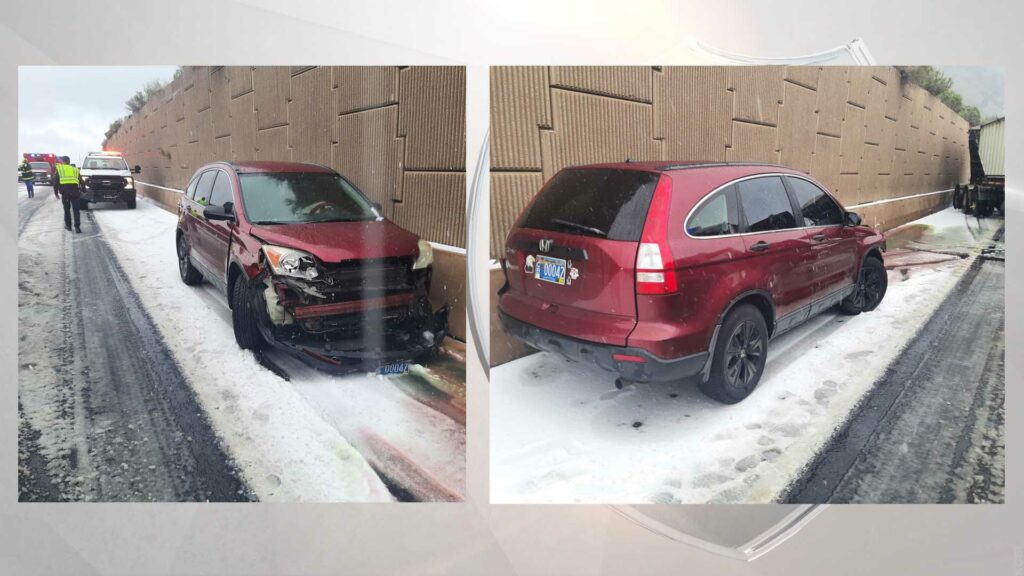 KLAMATH COUNTY, Ore. – Police are trying to find a driver who fled a crash that seriously injured a person in Klamath County Tuesday morning.

Oregon State Police said on May 10 at about 10:16 a.m., the driver of a red Honda CRV lost control on Highway 97 between Klamath Falls and Chiloquin.

The CRV hit a concrete barrier, leaving the vehicle disabled. After that, the driver of a Honda Accord swerved to avoid the CRV and collided with an oncoming semi-truck.

At some point during the second crash, a Ford pickup truck was hit.

The driver of the Honda was hospitalized with serious injuries.

Police said the unidentified female driver of the CRV fled the scene and has not been located. On Thursday, OSP asked for help finding the her.

Troopers said she was last seen walking northbound past traffic that was stopped on the roadway.

She was described as 30-40 years old, 5’3″ tall, with a slightly heavy build. She reportedly had light brown to dark wavy hair and was wearing shorts and a light brown hooded jacket.