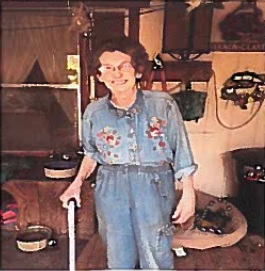 If you have any information you’re asked to call JCSO. If you see her, call 911.

According to the sheriff’s office, Bishop suffers from dementia and left her home upset, saying she wanted to hitchhike to California. She currently has family in Santa Rosa and possibly Sacramento.

Bishop was last seen this afternoon at the 76 gas station in Cave Junction. She was last seen wearing blue jean pants, hot pink jacket, black boots, and carrying a yellow suitcase. She was aslo wearing glasses and using a walking cane. Bishop is 5 foot 5, weighs 100 pounds, and has sandy/gray short hair.

If you have any information you’re asked to call JCSO. If you see her call 911.