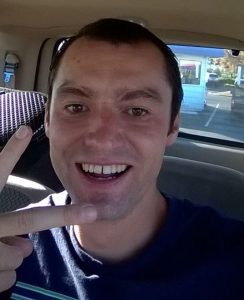 Columbia County, Ore. – Police have named a person of interest in the murder of a woman who grew up in Medford.

The Columbia County Sheriff’s Office said they’re looking for 28-year-old Jesse Allen Lane. He has been determined to be a key individual in the homicide investigation of Apache Rose Hightower.

Hightower’s body was found in a rural area of Columbia County on September 20th.

Deputies said Lane is 6’1” tall, weighing 145 pounds, with brown hair and brown eyes. He has tattoos on his elbow, left arm, neck, and right forearm. He also has a tattoo with the letter “B” below his right eye.

According to CCSO, Lane is a convicted felon whose last known address is in Jackson County. He has recently been seen in the Portland and St. Helens area.

Deputies said Lane is considered armed and dangerous. If you know anything about his whereabouts, call police.