Just before 5:30 p.m. on November 11, an unarmed suspect walked into the First Interstate Bank on Barnett Road and demanded money from a teller. He left the bank with an undisclosed amount of cash.

The suspect was described as a white man believed to be in his late 30s. He wore a “STARTER” shirt over a gray hoodie when the robbery took place.

Medford police believe the suspect arrived and left in a vehicle. 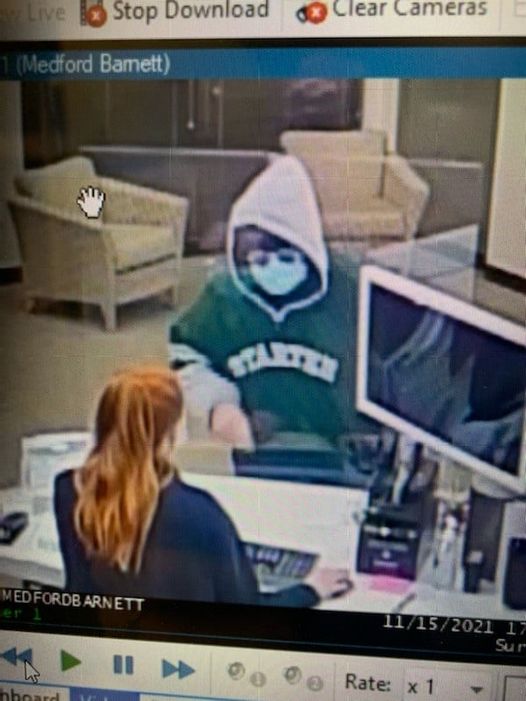 Investigators said after a photo of the suspect was published, someone recognized his jacket as one they had just donated to Goodwill.

Police went to the Goodwill store and were able to obtain video of the suspect buying the clothes he would later use in the robbery.

The Medford Police Department is asking for help recognizing the suspect. Officers said one unique thing about him was that his pants were rolled up.

Anyone who was shopping at the Goodwill store on South Riverside Avenue on November 11 at about 3:16 p.m. is asked to call Medford police.