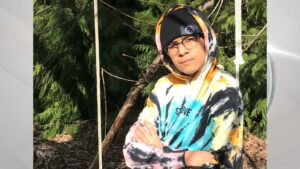 PORTLAND, Ore. – Investigators are trying to track down a missing teen who may be in danger.

The Oregon Department of Human Services said 15-year-old Alyx Martinez is a foster child who went missing from Portland on May 10, 2021.

Anyone who might have information about Alyx’s whereabouts is asked to call 9-1-1 or local law enforcement.